You are here: Home1 / Young Birders2 / World Series of Birding 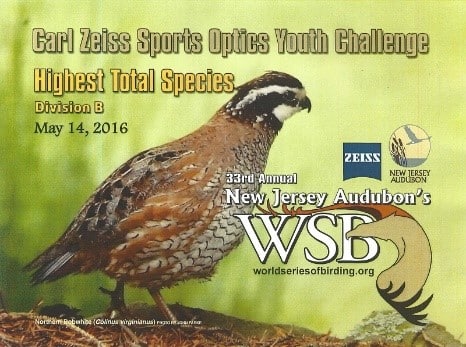 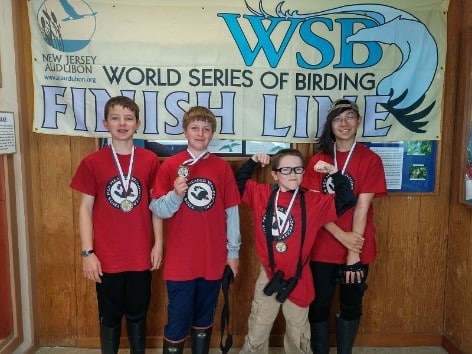 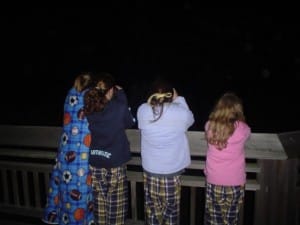 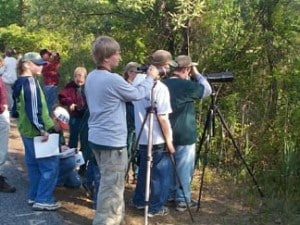 Since 2000, YMOS has fielded teams at the World Series of Birding, an international birding competition sponsored by New Jersey Audubon in Cape May, NJ. Started in 1984 by Roger Tory Peterson and Pete Dunne, the annual competition brings together youth and adult teams from around the world to highlight the world of birds, raise money for bird conservation, and annually survey birds in the State of New Jersey. The event is usually held the 2nd Saturday in May to coincide with peak bird migration.

YMOS teams spend from 3 – 5 days prior to the Big Day scouting areas for birds. By late Friday, they plan their itinerary, choosing the shortest route to find the greatest number of species. Species can be identified by either sight or sound with the entire team finding and identifying each species. Teams begin at midnight and spend the night hours searching for owls, rails, and other nocturnal species while listening for overhead migrants. Each team has both a coach, who can verify identifications, and at least one parent driver who can safely navigate a lot of back roads and fascinating terrain. Parents play an essential role in the success of YMOS teams!

The YMOS teams compete in several youth categories, and over time have won each of the 4 possible categories: Elementary, Middle, High School, and the youth Carbon Free Category. On 2 occasions, our high school team has recorded the top overall species total, besting both youth and adult teams. The 2015 Raucous Gulls hold the current youth record with 217 species recorded that year. Most important, the teams learn teamwork and advanced birding skills. The event is as physical as it is academic with teams birding continuously 24 hours without a break. Feel the passion of the YMOS 2018 March Gigglers in their quest for the top spot, competing against several other top teams. Check out reports of the last several WSB trips as well as photographs of and by the teams.

All youth are welcome to apply to be on a team, but we recommend joining the group on trips during the year before deciding to apply. Prior experience in competitive birding is not necessary. A team must consist of at least 3 team members. The group conducts a Birdathon each March to raise funds for the World Series.  Contact George Radcliffe for additional information.

Organized and Run by the New Jersey Audubon Society